research and other things i do

The spectrogram shown here is of the /aka/ sequence in una capella “the chapel” uttered by a speaker of Florentine Italian.

Hear it in context:

The full sentence in Italian is “La piccola chiesa in cui si erano sposati aveva una capella molto bella nella quale si trovavano degli affreschi vecchissimi.” Gloss:  “The little church where they were married had a very pretty chapel in which there were some very old frescos.” 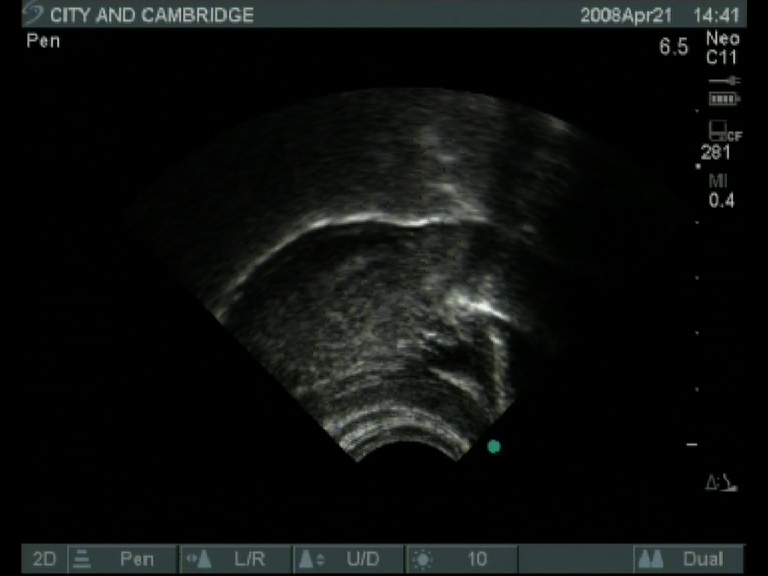 This is a still image of my tongue (sagittal view, tongue tip to the right).  Here’s a Quicktime movie of me saying “The quick brown fox jumped over the lazy dog.”

Knight, R-A., C. V. Dalcher, M. J. Jones. (2008). “Cue switching in the perception of approximants: evidence from two English dialects” in Proceedings of the Joint Conference of the 155th Meeting of the Acoustical Society of America, 5th Forum ACUSTICUM, and 9th Congrès Français d’Acoustique, Paris, France. Journal of the Acoustical Society of America. Volume 123, Issue 5, pp. 3319-3319 Note this is a more acoustically-oriented version of the NWAV paper below.

a few non-linguistic things i do well

Cycling:  generally on an old Fondriest racer that has now made it across the seas several times – from Italy to Washington DC to London to Abu Dhabi to Sri Lanka.  Cycling around London was wonderful – plenty of green and an abundance of cycle-friendly paths and lanes.  Check out the London Cycling Campaign for more details.  The hills of Tuscany remain my favourite.

Gardening, needlework, cooking:  Back when I had a garden, the summer months involved trimming roses and staking tomatoes.  Nice break from bookish stuff.  In between semesters (but for some reason never during), I do a little cross-stitch, needlepoint, or knitting.  Usually this results in family members being overwhelmed with scarves and hats at Christmastime.  Cooking is an everyday experience.  Each meal is its own little project with a definite beginning and end.  A lot less data collection than required by a phonology paper, and you can eat the results.

The Times Crossword:  Actually, I did the Telegraph Crossword because that’s the paper my husband bought, and it’s easier (!) than the Times version.  When I lived in the middle east, my cryptic of preference was the one in the Gulf News. A pretty scary thing to stare at for hours and still wind up with a blank grid — that is, until you start thinking like those pesky setters (and even then, it’s pretty devilish).  For those of you who are wondering what I’m talking about – have a look at the London Times Cryptic Crossword page.  There’s a free demo for the brave.  If  you need help, this online cryptic crossword guide is a good place to start.  If you want to know the specifics of how to solve the Times demo, I put together a Cryptic Crossword Guide.

Feel free to contact me with link suggestions or if you find any to be broken.