It’s becoming increasingly difficult to know whether to laugh or scream at the publishing industry’s absurdities. You can get into trouble for writing a character unlike you; you can get into trouble for failing to write a character unlike you. Your soon-to-be-released (and already printed) memoir can be tossed into the furnace based on a wishy-washy 27-year-old allegation that resulted in precisely zero actual charges. You will be labeled as ‘insensitive,’ ‘appropriating,’ ‘anti-intersectional,’ or ’dangerous’ at the whim of any reader whose self-worth hinges on locating stuff to be pissed off at.

You can also happen upon a literary prize that stipulates “no woman is beaten, stalked, sexually exploited, raped or murdered” in your story submission.

No prizes for these!

I won’t be sending my novels to the Staunch Book Prize for consideration. But my reasons might surprise you.

Other writers have spoken up about the prize criteria restrictions. Sophie Hannah, writing in The Guardian, suggests the prize “actively sets out to discourage crime fiction, even of the highest quality, that tackles violence against women head-on.” Scottish crime writer Val McDermid (quoted in the same paper, different article) insists it is “entirely possible to write about [violence against women] without being exploitative or gratuitous […] I agree that there is a lot of fiction – not just crime novels and thrillers – that seems almost to glory in a kind of pornography of violence, and I deplore that as a woman and as a writer.” Steve Cavanagh tweeted an analogy that speaks for itself:

Interestingly, Margaret Atwood seems to be an advocate for an award which wouldn’t touch The Handmaid’s Tale with a ten-foot pole (of course, she too is free to support what she likes):

Want to win the Staunch Prize? Write a thriller where no woman is sexually exploited, raped or murdered https://t.co/l1S8OQTtJV

The goal of Staunch Book Prize founder Bridget Lawless is “to draw attention to the plethora of violence towards women in fiction and to make space for exciting alternatives. While women in the real world are fighting sexual abuse and violence, being harassed, assaulted and raped, or being murdered BECAUSE THEY’RE WOMEN, the casual and endless depiction of females as victims or prey sits uneasily alongside their fight.”

I get that. I really do. It’s one of many reasons you won’t find any torture porn on my bookshelves. (It’s also why I stopped watching Hulu’s Handmaid’s Tale series in the middle of its second season.) And since the prize effectively ‘belongs’ to its founder, I’d be a bad free market and free speech supporter if I whined about said prize equating to a gag order. Lawless and other prize-founders can, and should be able to, do whatever the hell they want, including establishing awards meeting any criteria at all, even limiting submissions to novels that introduce a cat named Miffy on page 100.

The arguments of Hannah, McDermid, and Cavanagh are valid: there’s nothing inherently wrong with writing about violence against women (or anyone else). Stories of rape or murder where a woman is the victim generally aren’t penned to applaud those crimes, but rather to say something about them, to put them under the microscope of moral scrutiny.

And yet, I have other bones to pick, one technical and one philosophical.

At the heart of the Staunch Prize’s criteria is the unspoken assumption that if a woman is murdered, the perpetrator is a man, the crime is sex-based (see: femicide), and the motive is necessarily one of toxic-masculinity-driven hate. What about the dowry deaths in India, where mothers-in-law either actively kill their sons’ daughters or drive them to suicide? Or death-row inmate Lisa Montgomery, who strangled a pregnant woman and posthumously removed the unborn baby? The young mother who leaves her newborn girl in a rubbish bin? The best friend who euthanizes her terminally ill long-time companion?

These are stories that might be interesting to write, characters whose motives would be worthy of exploration. Yes, women are harmed in them, but femicide is patently absent. And how revelatory it would be to talk about familial relations in Southeast Asia; or the desperation felt by an infertile, unhinged woman; or the shame and confusion of being an unwed teenaged mother; or the love that drives one human to take the life of another out of mercy.

The Staunch Prize, according to its sweeping and overgeneralizing criteria, would not consider any of these. I find that shortsighted and, well, dumb. That’s the technical issue.

On the philosophical side, being the sort of feminist I am, I’m constantly appalled at a culture that strives to protect me. I don’t want or need the soothing blanket of safe books and safe spaces and safe topics. I am a woman, not a child. Book awards like the Staunch Prize (while I defend their right to exist) neither soothe nor uplift me. Instead, they put me in a victim box, and I have no time for such things. I find them neither exciting nor original. 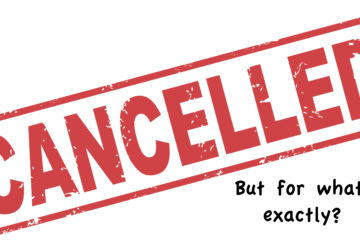 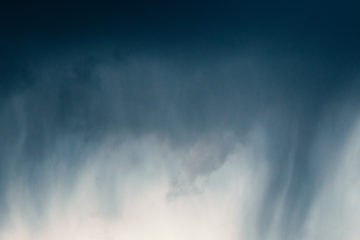